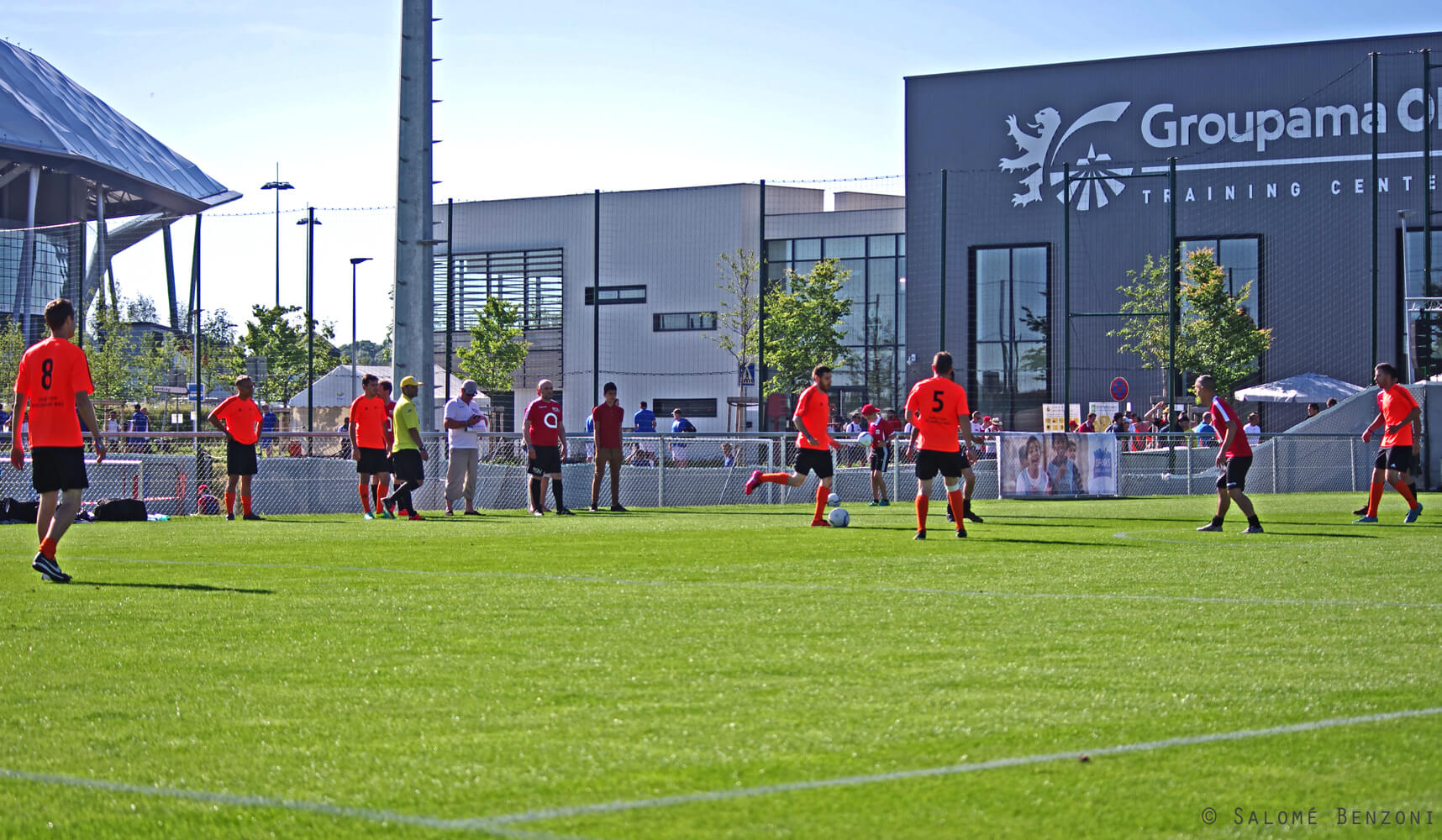 For the 15th time, 48 teams gathered for the annual football charity tournament called “But en Or”. For the first time, the tournament was organized at the Parc Olympique Lyonnais, home of the professional football team. Let’s take a look back at this amazing day featuring teams of companies from Lyon and its surroundings.

This event is organized every year to support Sport dans la Ville’s actions. For the first time, the tournament was hosted at the Groupama OL Training Centre where professional football players practice during the entire year. In the end, this was a great day filled with laughter, sun and football.

7.30am: Players start to arrive at the Groupama OL Training Centre. After a healthy breakfast and a cup of coffee, players have the chance to warm up with Elsa, from @Coaching at work. A warm-up needed on an early Sunday morning.

9.00am: This is it. Players from the 48 companies are finally able to set foot on the beautiful grass of the Groupama OL Training Center. Group stage has officially started: five 10-minute games for each team to showcase their football skills and qualify for the next round.

12.30pm: It’s time to eat and rest for the players. Lunch was served at the “Club des Cents”, the VIP section of the Olympique Lyonnais stadium where you have an amazing view of the pitch and its surroundings.

2pm: Round of 32 starts under a blazing sun. A lot of energy was spent, keeping the players hydrated was a challenge but in the end, all the players were able to give their best. The players’ families came to support their own. Volunteers are here to give out water and cheer for the players. After an intense afternoon, the final is here: BioMérieux faces McDonald’s, two teams usually competing for the title. This year, BioMérieux would win it after an indecisive game and a stressful penalty shootout.

5pm: After the awarding ceremony, the players are able to watch a video summing up this amazing tournament.

Huge thanks to all the players for their participation and their fair-play. Thanks to the volunteers and staff for turning this event into a success. And also thanks to the companies participating in the tournament for their infallible support.

Thank you and see you next year!