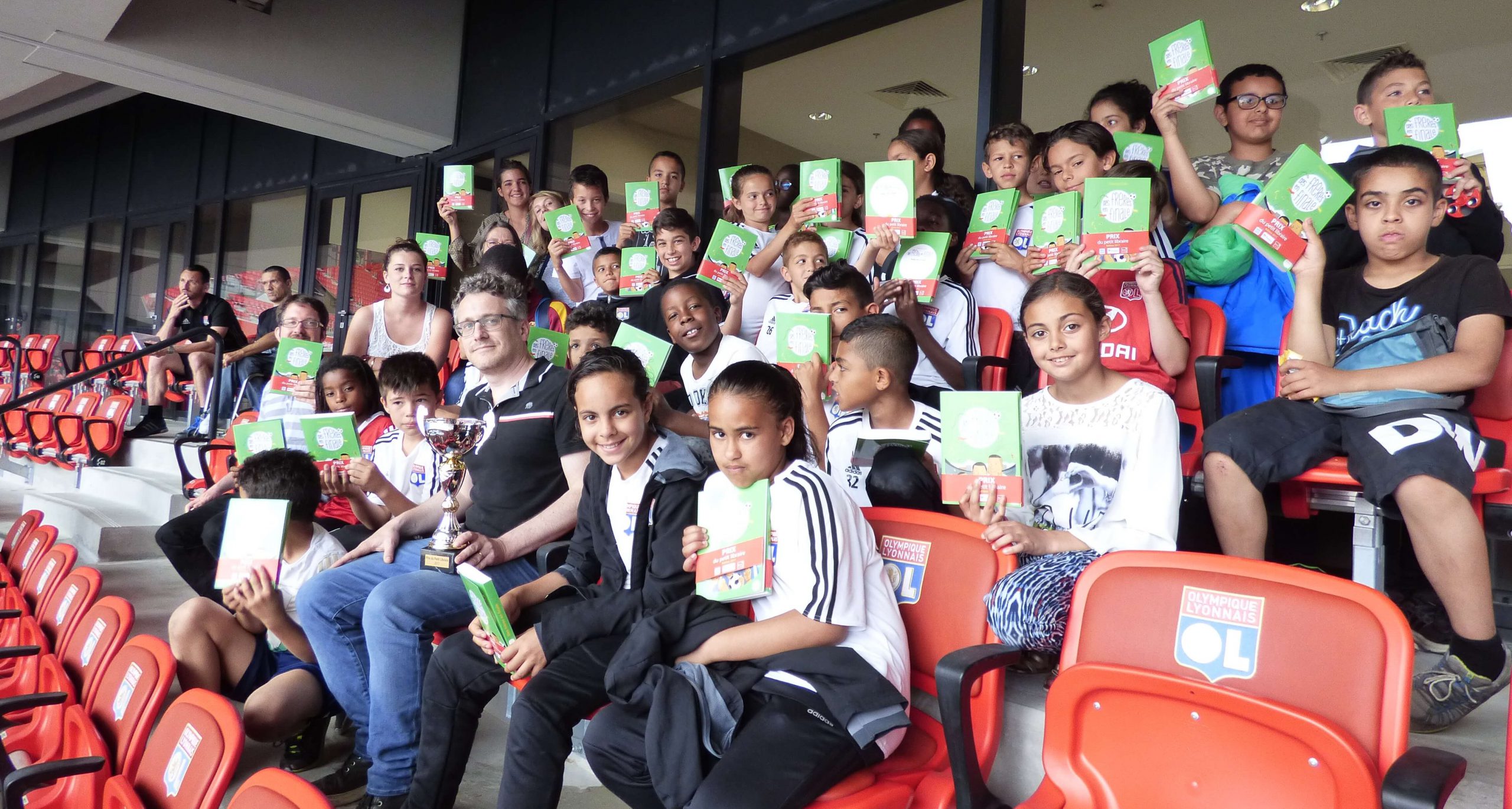 For the fourth consecutive year, the Prix du Petit Libraire allows 20 kids from the Apprenti’Bus to practice their reading and their critical thinking. These kids have to vote for their favorite book in a panel of five novels preselected by our project partner, Fonds Decitre.

In November, the kids discovered the final books selected and throughout the year, they’ve read all of them. We organized a voting session where the kids selected Fabrice Colin’s novel “Des frères en finale”, retracing the story of three brothers just before the beginning of the Euro 2016 in France.

The kids had the opportunity to meet with the winning author during an afternoon in the Olympique Lyonnais stadium. After giving Fabrice Colin the winning trophy, they asked a lot of questions regarding his passion for writing and for sports. Camille Abily, captain of the women’s football team in Lyon and sponsor of the Prix du Petit Libraire congratulated the winning author and encouraged kids to keep on reading new novels.

See you next year for the award 5th edition !