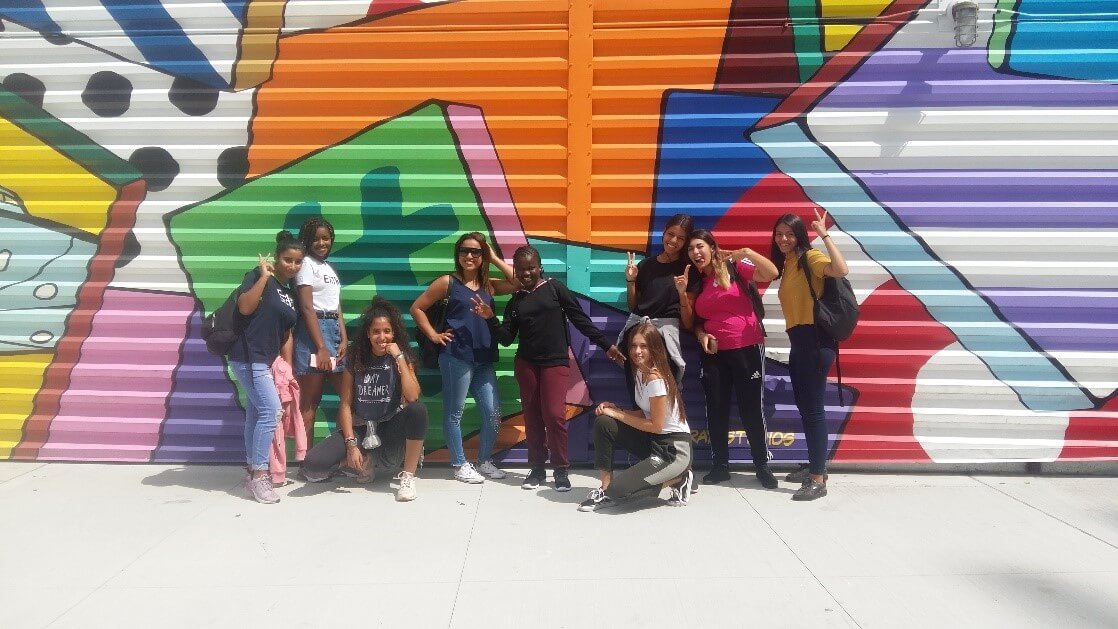 During the summer, Sport Dans La Ville and City Parks Foundation, teamed up to help 13 young French and Americans, giving them the opportunity to discover American and French cultures in Paris and New York.

Accompanied by two chaperones, Annie and Mike, five young Americans aged 16 to 18 from City Parks Foundation were hosted for the first time by Sport Dans La Ville, from July 9 to 20, 2018, at the Summer International Camp in the Drôme Provençale, after visiting Paris and its monuments.

They played soccer, basketball, ATV and others sports and participated in tournaments. The Americans were delighted by this stay.   « This adventure has been one of the most extraordinary experiences of my life. » Philipp

Nicole « I liked this trip because I have never been to Europe or traveled alone, so I was really excited to see something new and experience the culture. »

Accompanied by Elsa and Imane, eight French girls aged 14 to 18, from the « Balle De Match » (tennis) program, spent six days in New York City and enjoyed a full day at the US Open 2018

The program was: tennis practice on the courts in Central Park, visit of 9/11 museum, afternoon in the park of Coney Island, King Lion’s musical on Broadway and children’s day at the US Open. The girls were also able to attend major sports shows like the traditional American football derby, opposing the Giants and the Jets.

A big thanks to our partners : City Parks Foundation, of course, Air France, who made our girls visit the  agency in Lyon, before their departure, and allowed the discovery of the profession of flight attendant and adviser And especially BNP Paribas who has greatly financed this beautiful program and gathered all the young people (American and French) in its offices in New York!